Even humans can be a source of profit and boost a country’s economic status.

Commonly we always here commercial sex cases, child labourers, sex slaveries and much worst is the extraction of organs from a human body. And we have to face the fact that these kind of business exist in the Philippines.

Let me explain to you how does human trafficking works and narrowing the distance, let’s take a look at Philippines.

• They [traffickers] believe at the young age the body of children are tough and still on the process of growth. Thus, with the use of these children they can manipulate the wage and exert violence to these poor children just to make their “supposed” work done for them either be mining, fishing or any sort of rigorous physical activity.

These children are being smuggled immunizing international borders without the use of passports and just by using “slip-ons” [Paying people who are assign to watch over borders and immigrants], these poor children are products of international trade.

• In some parts of the world, Children are trafficked for the sole purpose of training them for military insurgency and inculcate in their minds violence and warfare like the abduction of children in Uganda by Kony.

With these they are trained to deceive fellow children to join them and or in other case invite their fellow children who would be victims of kidnappings and the source of ransom and profit for their cause/group.

• Even at the young age children are being abducted and forced to be sex-slaves and sold equal to a dog’s price forcing them to become prostitutes and other forms of heinous sexual activities.

Pedophiles are scattered all over the country, offering children toys, dolls and sweet candies and more so inviting them to a house full of delusional toys and candies. so with these words, children are attracted and in worst case they are already in the spider web of these child traffickers.

• People living in some rural areas believe that children who are ripped opened in which organs are missing believed to be the work of the supernatural beings like “aswang“, “manananggal” and other forms alike. well in some cases these beliefs are false. Other cases are allegedly the work of traffickers who extracts children’s organs and sell it to those rich families in need of donors of the victim’s organs.

As a parent or even a responsible citizen you should keep an eye of children around you, we can’t say and be at ease that our children are safe. Even there are law enforcers around us these traffickers are all over the place and not to mention they can even exert effort to go to rural areas for the sake of profits. So don’t let you children and young ones in your family out of your sight. Be careful, they [traffickers] are watching. 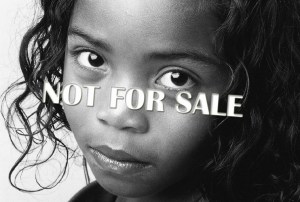 Sex Trafficking – In our discussion regarding children, most of them are victims of organs extraction and force labors. While on sex trafficking, this sector focuses on a wide scale predominantly women as a whole, though some cases pertain to males but in larger scope females are the ones who are victims of these trafficking.

• Homeless individuals are lenient to opportunities that bite the bait immediately when being oriented and promised for a brighter future. Of course who wouldn’t leave in an area of slum?

In some cases marriages, future educations and business partnerships are the main cards of the traffickers. When these victims reach their destination, customers also called “Johns” are ready to purchase the products [trafficked women] and with that a single women can gather a large sum of money within a day alone without the existence of tax and other government imposed monetary process.

• Youth particularly runaway teenagers who thought of living a life away from parents due to rebellion and other unwanted family problems caused traffickers to target these category of women within the society. They are negotiated to “work now and pay later” but the mere fact they are sold to “Johns”.

• Job seekers are also the victims of sex trafficking. Hotel servants, restaurant waitresses or service maids were in fact are masked lies used by these traffickers to deceive females wanting for a job either to sustain their living or support their families.

Due to dire circumstances some females are forced to commit these heinous acts against their will. You may also ask, why are there females working in bars and disco clubs?

Yes it’s true because some of them are in debt and others thought of doing these activities for a temporary basis yet once they are in the industry they can no longer escape unless they rather choose a crook path yet dignified but with the mindset of these females especially the norms of the women base of social status they wanted to become rich immediately and so these will be the outcome.

• Tourists who are unfamiliar of the territories they are visiting are also the victims of traffickers, traffickers approach these victims and would introduce themselves as a tour guide or a travelling agent that would cater their [tourists] visiting needs. In fact these strangers are among the scum who partake profits in trafficking women. There is a movie entitled “Taken” and followed by “Taken 2” starred by Liam Neeson, in some way the concept of the movie is about human trafficking and sex slavery.

• Kidnap victims if not ransomed by their families will occur in sex trafficking, Some “John” would hire kidnappers for the sake of selling these girls to an open auction in a bidding process just like any other selling product in the market and that would be another sum in their bank accounts.

• And who would think even drug addicts are victims of these trafficking? The fact that these addict’s sole purpose is to attain their pleasure using drugs [varies in any form of drug].

So some of the traffickers would offer these drugs to them [drug addicts] and when they are in the state of disorient or unconscious they will sell the victims to “Johns”.

Sex Trafficking and the use of Technology- You may or may not believe that social networking site like Facebook, Twitters and other sites are the medium used by Johns for sex trafficking?

In one way or another, the use of these social networks helps these traffickers to facilitate victims in a wider scope within a short period of time and let these victims meet Johns over the internet and schedule them of a heinous activity like sex or other commercial sex activity.

Under the influence of drugs these women are exposed to “Pay-per-view” sites all over the world as a wide broadcast of pornography to different categories of viewers and gather huge sum of money by these kind of activity. In addition, sites have also process of scheduling women to meet Johns as stated in the previous discussion.

Pages of women photos with respective amounts are not impossible if the mindsets of these criminals are profits. So with just a few amount of dollars that  lets your eyes spark in brilliance would most likely to be advertisements and “modus-operandis” used by traffickers to attract more victims, lines like “Work now pay later” or “No VISA and Placement Fee needed” would just be your bridge to become a victim.

Photo credits are to their respective owners.

10 thoughts on “You could be their source of income”